Who is Second Dimension?

Second Dimension is a small yet successful developer studio that set its focus on developing games for retro consoles, like the NES, Sega Genesis and the Super Nintendo!

They have managed to attract quite the attention through several successful kickstarter campaings, making it possible to create and publish several titles. With interesting ideas and a lot of dedication and love for retro games they are one of the most well known companies that’s nowadays producing games for these old school systems.

For the readers: Who exactly are you?
I am Adam, the lead programmer and owner of Second Dimension.

How many people are part of Second Dimension Research & Technology Group, LLC. ?
There’s 2 core people, myself and Jav. When we’re working on a project, other folks join in, but right now it’s just on a project to project basis. Some folks are involved on most games, but it does vary.

What are the main difficulties developing for retro consoles?
Like most projects, it really depends. One major difficulty can be hardware compatibility, especially with a console like the Sega Genesis/Mega Drive that has multiple models and multiple revisions of each model. But sometimes it could be the lack of tools, or the difficulty of the programming languages. Other times it could be a bug that gets out in the final product that you can’t just patch like you can on modern consoles.

Do you think the severe hardware limitations of a console is a good thing? Or just a blocking factor for development?
Well, I think it has its pro’s and con’s. These consoles sometimes force you to be creative to work around the limitations, though sometimes they can hinder your end goal. You have to rely on a different type of story telling as you don’t have room (or the ability) to have rich graphics and FMV’s that help with storytelling.

How do you choose which console you’ll develop a game for? Is it easier to develop for NES & Sega Genesis than for SNES? If so why?
There’s a lot more tools available for NES and Sega Genesis than there are for SNES. I currently only program Genesis games, though we do have friends who help us with the NES and SNES games too. As for which console a game gets developed on, it really depends on the game and if it would fit well on other consoles.

What inspired you to develop for retro consoles?
I grew up playing these consoles, so it just felt like a natural progression once I learned how to program on the PC. I was never much of a PC gamer, so I never had any interest in making a PC game. Then back in 2011, I had to choose to either eat or pay for fuel to heat my home, so I had to look for something I could potentially do that would only cost me time to earn some extra money. After scouring the internet for a few days, it finally hit me “why not try to make a video game?”

It is certainly a lot of work for games that probably won’t sell as well, as let’s say Game Apps for Smartphones.
To be fair, not all smart phone apps sell well, either 😝 But yeah, it’s a lot of work.

If you we’re given all the money, rights and legality to do so, for which SNES game would you like to develop a sequel and why?
Let me preface by saying I don’t think this game ever needs a remake or a sequel, but Final Fantasy 6. This game was my life back in the winter of 94-95, and I loved every moment of it. The story was so epic for its time, and the game play was top notch. I would love to see the return of Kefka and the havoc he would wreak on the Returners.

Will you port any of the already finished games to the SNES?
I wouldn’t rule out the possibility, but there’s no plans to port any titles at the current time.

With beat em ups reappearing through Steam, don’t you think it’s time to develop a Beat Em Up game for SNES / Steam ?
We’re actually brainstorming a beat’em up. It’s in the plans, just not in the immediate plans. There’s not much to it at the moment, but it’s going to be inspired by games like River City Ransom, Scott Pilgrim, and TMNT (Hyperstone Heist, Turtles In Time), and will deal in some manner with conspiracy theory/theories 😊
That sounds amazing, I’m glad I’ve asked this question! Could you please consider using at least 2 different attack buttons? Most Beat Em Ups only use 1 attack button which makes them repetitive and it doesn’t allow many options to do combos xD
About the beat’em up: We’ll keep that in mind 😊 We’re so far away from making it, though, so I wouldn’t expect to see it anytime soon.

What was your involvement in the release of the unreleased project of Socks the Cat and how did you even hear about Tom Curtins plan to finish the game after so many years?
Just manufacturing. Tom actually lives/lived less than 2 hours from me, so we would get together with some other friends on the forums we were members of, drink some beers, and talk games. When it came time for him to release it, he asked if I would make the copies for him.

What is (in your opinion) only possible with retro games (SNES, NES, Genesis) but totally doesn’t work for new (PC, PS5 etc.) games?
Having to blow in the cartridge to get it to boot 😝 Past that, I think you can make games with retro console restrictions without much issue, especially with emulation on newer platforms (like Nintendo does with their retro library).

Do you need any support for your ongoing projects?
Not at the current point in time, but when new projects are starting, we try to find the appropriate people to join the team and help make the game come to life.

How come you’re not selling your games throughout popular platforms like amazon and ebay?
I do sell on eBay. Amazon requires a valid drivers license, and back when I went to register, my license was expired (well, technically, but due to COVID, we had a 3 month extension as you couldn’t just go get renewals without an appointment).

Why is it important to keep development of games for old consoles alive?
The main reasons why I think it’s important is because it’s accessible for anyone to begin dabbling in game development and it can lead to current gen development. Plus, it gives retro enthusiasts new games to play. There’s lots of options for new games on retro consoles – it’s almost like we’re back in the 90’s with the amount of great titles coming out.

As todays games can be realesed quite unfinished and simply be updated. Did you have to throw game cartridges away, after realizing the games where buggy?
Oh that definitely happened early on in Second Dimension’s history. With flashcarts, that happens less frequent, and if it’s a non-SRAM game, I have some custom flashboards to test them on first. For larger games, or SRAM games, I have socketed PCB’s so I don’t need to waste an entire board, just eproms.

What is the most difficult part in developing games for old consoles? Hit detection, character animations, proper jumping physics… ?
Probably hardware compatibility. Different regions and (at least for Sega) multiple hardware revisions on each model can be cumbersome.

How much working hours does it take in total to create a game an put in on a cartridge?
It varies for sure, but Illmoore probably took a few thousand hours easily between everyone.

Can you show us how your „production lab“ looks like?
I would, but my HQ (dedicated office) is a complete disaster right now with all of the Eyra NES and Illmoore items for the physical release, and my main dev workstation is just on a table in the living room while my soldier station is in my kitchen 😝
That’s exactly what I’d like to see, the chaos of productivity 🙂
The chaos is terrible hahaha there’s a picture on the website that shows a small portion of what it looks like, so you can use that if you’d like 😝

Can you actually reuse a lot of code and graphics if you want to port a game to a different console? Or is it almost like programming and designing a totally new game?
Graphics can be reused, to an extent, but code generally can’t be due to different programming languages. You can use one source as a guide for each port, though. Graphics usually get touched up to fit the console better (i.e., NES graphics would get upscaled for SNES and Sega).

Which successes that you had surprised yourself the most?
Each success amazes me, no matter how big or small. I’m very thankful for every fan and supporter of Second Dimension.

Would you consider creating a video series on how to create these retro games? Or writing a book/manual?
I’ve considered it, and have started working on material for making Sega games. I have a patreon which I give the patrons tutorials, sample code, and updated tools to make Sega Genesis/Mega Drive games. The biggest issue is time – between developing games and tools, manufacturing, etc., it leaves very little time to do anything else.

Is there any specific area or country were most of your customers come from?
The majority seem to be from the USA and Europe, but I do get customers all over the place.

As a Final Fantasy VI fan, do you have plans on creating a similar game or would that go beyond the scope?
Yeah! We’re working on putting together some material to launch our next campaign for an RPG on the Sega Genesis 😊

Thanks a lot for the great interview and for answering the follow up questions as well as the first load that I’ve send you.

SNES-Testberichte.de wishes Second Dimension all the best that’s possible and hopefully many more Super Nintendo Titles will be developed and/or ported by you.

All pictures used with permission of Adam Welch. 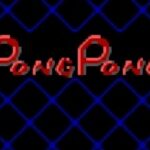 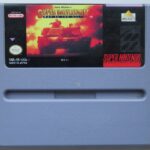 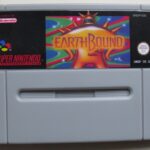 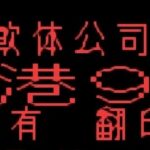 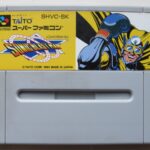 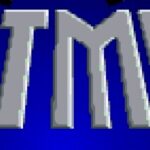 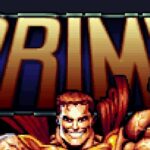